For the past few weeks I’ve been dipping my toes into Linux kernel development, as part of the work I’m doing for my master’s thesis. Like most things that stir up my nerdy interests, it’s leaked onto Twitter quite a bit…

BTW my Twitter is slowly turning into "Stephen tries kernel development". I'm not sorry, but I figured I should warn people.

I’ve already broken things in several interesting ways, and while the results fit nicely into tweets, they don’t get the explanation they deserve. So I decided to take Andrew’s suggestion that I blog about this stuff. I’m intending to post short articles that “follow up” on my silly tweets with a bit of background and explanation, so that somebody else could (in theory) reproduce them. This first one will be a bit longer since I’m going to include a little background on the kernel before anything else.

What is a kernel?

This is a big question, and one that you can write papers instead of paragraphs about. To put it simply, computers have lots of devices attached to them, like keyboards, mice, screens, webcams, hard disks, flash drives, WiFi cards, etc. Your programs usually aren’t that useful unless they do something with those devices. The problem is, these programs are basically rude little children at day-care. You have tons of them running at the same time. They all want to play with the same devices. What’s worse, they all believe that they’re the only programs in the world, and so they don’t know anything about how to share resources like the processor or memory.

The kernel is a critical piece of software that herds the programs on your computer. It lets programs use devices without interfering with each other. It also “schedules” programs so they run for a certain amount of time and then get “paused”, ensuring that each running program gets a fair amount of time to run. Finally, it even “tricks” the programs into believing that they can… 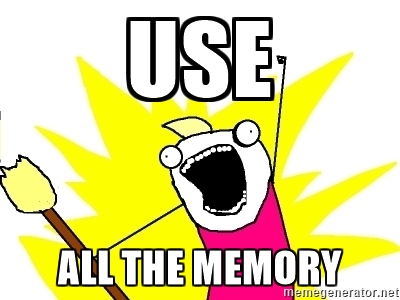 … instead of sharing it with other programs1.

All of that to say, without a kernel you can’t use a computer—at least, not in the modern sense of the term.

Linux kernel development is notoriously hard because it’s a rat’s nest of complexity. As a project which had 15 million lines of code back in 2011, it’s filled with unspoken rules, terrible naming, inconsistent interfaces, and more. You need to understand lots of the “nitty-gritties” of how modern computers work in order to be effective. Plus, you must constantly be thinking about scary “concurrency” related ideas like preemption, interrupts, synchronization, etc—easily some of the most difficult programming concepts for humans to reason about. Since performance is important to Linux, sometimes clarity of code is sacrificed for efficiency. And finally, the cherry on top of it all is that mistakes made in the kernel tend to have far worse consequences than in a regular program—sometimes as bad as hold the power button and hope the computer will turn back on.

If you’re interested in following along with my learning, my main resources are the Linux Kernel Module Programming Guide (to get my feet wet) and Linux Kernel Development, Third Edition, by Robert Love (this one is the real resource).

1 messed up kernel module that can't be removed

1 process in an uninterruptable sleep due to my own bug

I started my journey with kernel modules. These are bits of code that can be dynamically loaded into and unloaded from the kernel. If you have a compiled module named hello.ko, it is really quite simple to use it: sudo insmod hello.ko loads it, and sudo rmmod hello unloads it. Where do you get a compiled module? Well, the kernel module guide gives this code as an example:

There’s also a Makefile for compiling it. There’s plenty to explain in this code, and I’d encourage you to read about it in the first few chapters of the guide. But hopefully it shouldn’t take too much blank staring to see that this module contains two functions, one which runs on initialization (when you insmod it), and one which runs on exit (when you rmmod it). These functions print out some log messages (use the dmesg command to see kernel logs). The init function uses a statically declared integer, hello3_data, in its printout.

What I’d like to focus on in this case is the __initdata macro in the declaration of hello3_data. This is a neat optimization that informs the kernel that you only want that variable when you’re initializing your module. So the kernel will free the memory holding that variable after your init function runs.

Like any well-intentioned optimization, this makes it so very easy to shoot yourself in the foot. Not surprisingly, the compiler won’t really complain at you if you use the variable outside of the init function2. So, there’s no reason we couldn’t use that variable in our exit function…

If you compile and load this module, you’ll find that everything compiles fine3! The problems start happening when you try to remove the module.

The rmmod command got killed by the kernel! How odd. What’s stranger is if you try again:

This time, the kernel complains that your module is in use.

You see, the first time you run rmmod, the exit function runs and causes a memory error because hello3_data was deleted. The kernel experiences an “Oops” (that’s the technical term for it) and decides that since your module crashed while unloading, it’s safest to just mark it as “in use” to prevent further damage.

You can rmmmod it any time you’d like, but will never leave! (until you reboot)

Score one on the kernel development scorecard! Read Episode 2 to see how I put a process into an uninterruptible sleep using nothing but a kernel module. Read Episode 3 to learn how to make your own system call.